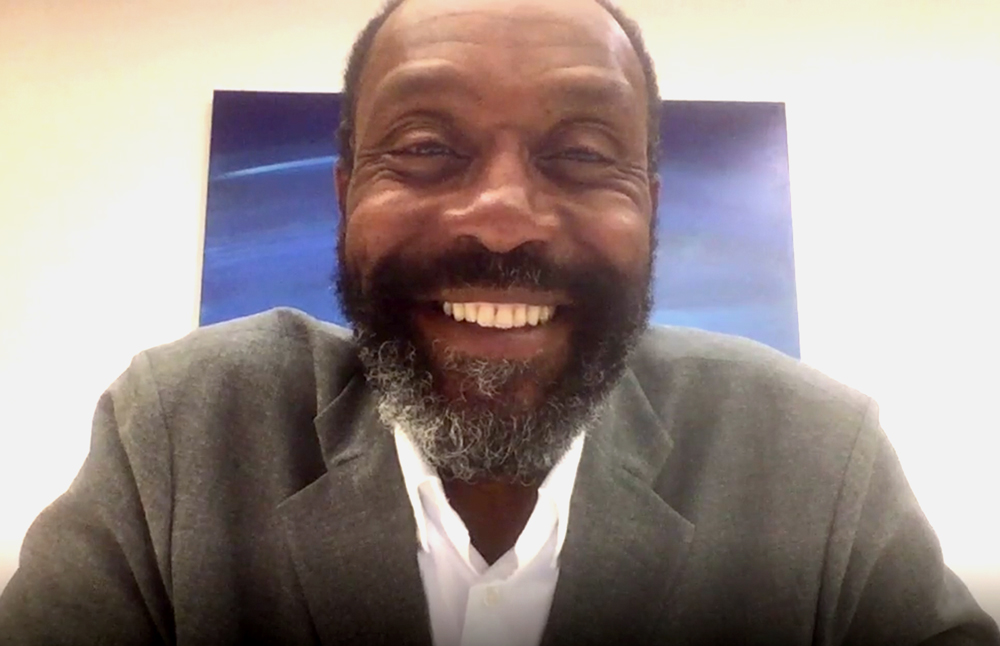 The Birmingham campaign, launched a month ago to turn a growing ‘keep yourself to yourself’ culture into a warmer, friendlier and more supportive one, has just received a big boost in the form of a personal message of support from Sir Lenny Henry.

Quoting research that shows that many people don’t now know their neighbours, Sir Lenny says, “As someone who grew up in Dudley in a thriving and friendly neighbourhood, I find that quite alarming. That’s why the work of …this campaign is so important. Bringing people together and fostering community spirit can help individuals discover new things, re-enter society and fulfill their potential. So, get behind the Permission to Smile campaign and start by giving your neighbours a big grin – like this one [Sir Lenny shows off his grin] – honestly, just give it a go; it really works!”

This comes as the streets of Birmingham have now filled with 500 two-meter banners so far, bearing the message, “Help melt the ice – Permission to Smile – greet someone today”. Many have commented on the banners, saying, “I see them everywhere”, and some have already reported a greater readiness of people to smile and greet.

Underlining the need for more community spirit, the campaign’s own research, based on doorstep surveys of 1,745 people in low income areas of the West Midlands and undertaken through Street Associations, has found that 34% do not expect neighbours to give them practical help if ill, and 58% do not consider their street to have a community spirit. 88% would welcome an increase in community spirit on their own street. 15% said that they personally experienced loneliness or isolation.

The campaign’s co-ordinator, Martin Graham, said: “Our research, released today, shows how important it is to hundreds of thousands of people in our own city to get community spirit back up and running. Most people actually want it. The key thing now is to heed Sir Lenny’s advice and start smiling and greeting as a matter of course, and then getting together to build a more real community”.

The campaign’s website includes ‘How-to’ downloads on starting a stay and play group, or a gathering for older residents, a street association or a youth club and more. It also includes an innovative on-line ‘Meeting Point’, based on Google Maps, allowing community-minded people can find each other. Register, and the map will focus on your post code, putting a pin in the map, with a quarter-mile radius view. Click on any other pins visible and start a chat group.

The campaign has been funded by a crowdfunding campaign, which raised £20,000. It is anticipated that the campaign might be taken up in other parts of the UK.

Thanks for your support